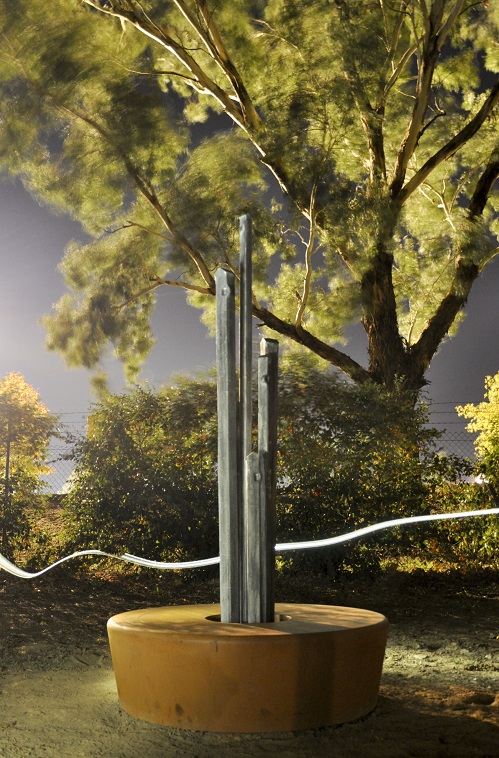 A Pontoon rises and falls with the waves and tides yet are held in place by strong pillars that guide them. An appropriate metaphor for the North Wagga community.

North Wagga is at times buffeted by the waters of the mighty Murrumbidgee. Causing headache and heart ache. In times of hardship the North Wagga community show strength and generosity of spirit. Sticking together, supporting each other and not shying away from hard work. A resilient and stoic people who shall not be moved.

This sculptural seat will float on the waters of future floods yet be held in place by the strong committed pillar at its core. Weathering the storm and coming down to rest once more to support generations of smiling strong North Wagga locals.

The engraved pictures where drawn by students of North Wagga public school and members of the North Wagga progress association.

Design and construction of the North Wagga Pontoon was by Will Maguire.

Big thanks to everyone who helped make this a reality. In particular, thanks to Alenspar steel and Helio systems both from Comma for their help fabricating the circular seat.